I did not spend enough time in Brussels so this is in no way a thorough account and I absolutely want to go back! I arrived about lunchtime and my train back to the UK was at 7pm.

When I got there lunch was highest on my agenda so I wandered in a popular looking direction away from the station on the hunt for something that looked open. I found myself in a gorgeous arcade that seemed full of luxury brands (well above my budget!) including a Haute Chocolaterie; I had no idea that you could be any ‘Haute’ other than ‘Couture’, learn something new everyday!

At the end of the gallery there was a gap before the next one at which point I decided to turn left and found myself on a narrow lane made narrower by every building being a restaurant and every restaurant having chairs and tables outside. This was clearly a tourist trap place to eat with bright multilingual menu’s and 2 courses for €X, but I was hungry so I did anyway. I had lasagne, it was pretty terrible. The belgian chocolate mousse, however, was awesome! So thick and a lot bigger than it needed to be considering how rich it was. Service was also good apart from that I was in a smallish back room with no-one bar a young family so it was hard to get anyones attention.

Unlike Antwerp and Ghent I hadn’t researched Brussels at all and being a Sunday afternoon I was not convinced that much would be open. I have a friend who loves Belgian beer so I was keeping an eye out for beer shops while I followed my usual technique of walking towards a nice looking roof/spire/dome until I spot something curious.

I stopped by a walking tour group while the leader was talking about the graffiti art. I hadn’t realised that Belgium was the first country to legalise gay marriage. On the left of the church overlooking the railway line is the skate park where there was a great photo potential of a skater standing on the edge in front of the church, but the guy that was there moved before I had the chance to take it. 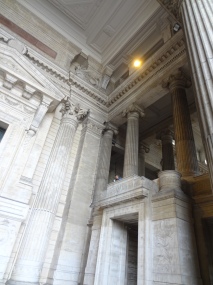 From there I decided to head to the top of the hill where there seemed to be a pretty imposing building, they turned out to be the law courts. It was quite a treck but lovely inside the scaffolding. Think there were some local kids making a music video in there as there weren’t any restrictions on going into the lobby at least.

Heading back along the main road, I stumbled upon the Royal Palace and took a stroll through the park opposite. 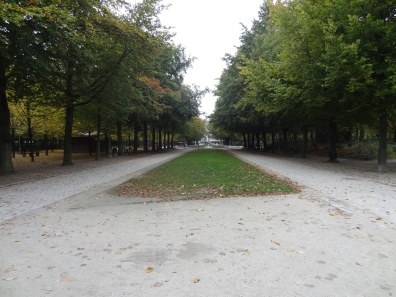 Having not come across any beer shops, and not having done any gift shopping I headed back to the tourist centre where there seemed to be loads of Scouts and Guides of various nationalities practising their songs. 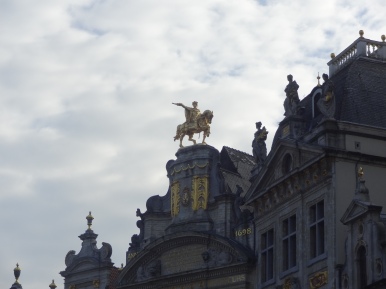 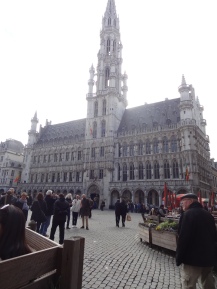 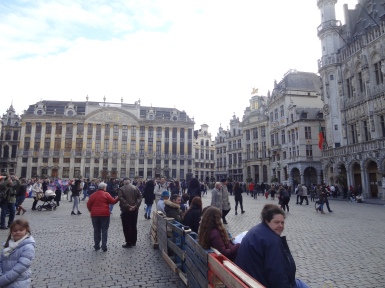 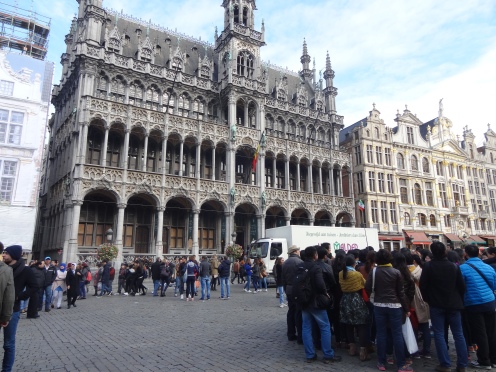 It was pretty busy with tourists and I was stopped and asked for directions by a French lady. Win! Goal of looking like a local achieved, although I can’t speak french and was useless to her unfortunately!

So I bought some Geller chocolates and a couple of bottles of beir just down the road from the main square which was more expensive than it needed to be, but was very much appreciated on my return home.

By the time I got on the Eurostar home, I had eaten way too many chips, failed to stay hydrated (having accidentally bought sparkling water -eurgh) and knackered my legs from so much walking in unforgiving footwear, but I felt invigorated and like I’d achieved something: my first solo trip abroad; hopefully the the first of many!