The best thing about Ghent is the architecture. It’s beautifully cobbled and traditional in this Medieval Flanders town. 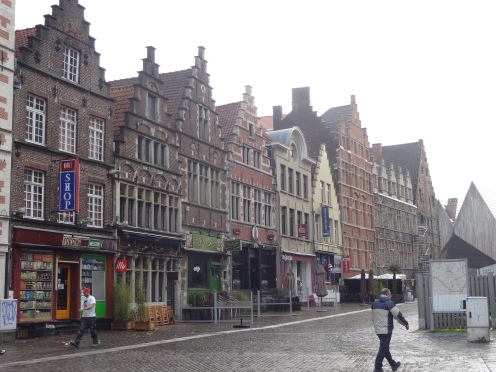 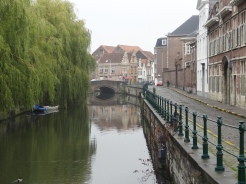 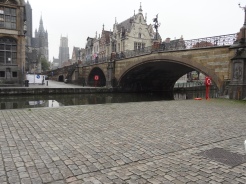 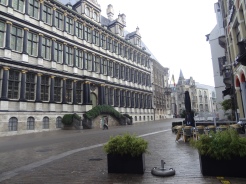 In October ’15 I set out on my first solo travelling venture, but I was scared. I had never stayed in a hostel, never gone to a foreign country completely alone. I had had a pretty rubbish year and having not been away since September the previous year I really needed to get away.

So I chose Belgium. A quiet and less touristy country often overlooked for France, Germany and the Netherlands. Being October it was the low season and really quiet in terms of foreign visitors so I could get some lovely pictures without the crowds although it also meant the lighting wasn’t so good. 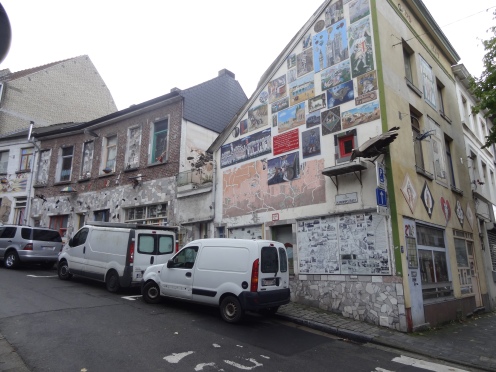 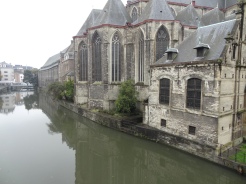 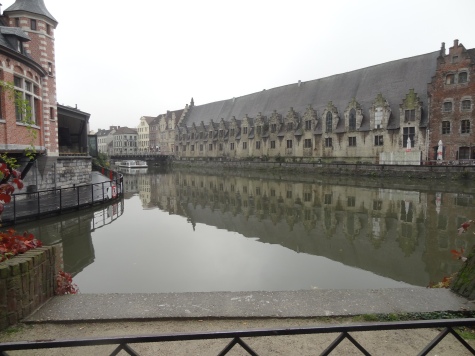 I had been to Bruges before in Septemeber (loads to do, definitely recommend it) and Ghent does have similar architecture but there were significantly fewer tourists here. There are fewer museums and the weather wasn’t so good which may be why.

I decided to spend the morning I was here just walking around. On this trip I had managed to get a mild doorway obsession having spent too much time on Pinterest while researching! 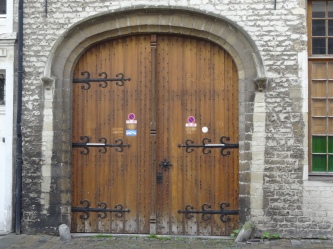 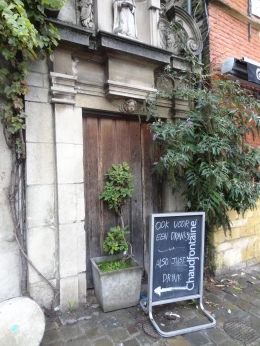 Things to see include the MarketHalle which was not in use while I was there other than as a meeting point for walking tours; the castle and the design museum which I personally didn’t go into but reveiws I have read elsewhere are positive.

In the Cathedral is the Ghent Alterpiece. A famous work of art that was at one point held in a Salt Mine along with other artifacts by Nazi Germany. I was however wandering around too early in the morning so it hadn’t opened while I was there.

On my meanderings I found these shop windows, next door to each other, which I found really interesting.

And no trip to Ghent would be complete without going to Graffiti Street (Werregarenstraat). I got my bearings completely muddled looking for this, from the  Market hall, walk towards the town hall (where there were two weddings that morning), turn left and it is on the right.

On the walk from the centre to the station, I went via the Citadel Park which I would have liked to have spent more time in. 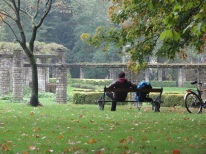 Overall, it’s a small town where you can walk everywhere and it has a really chilled out atmosphere. I was there on a Saturday morning and I really thought it would be busy but it wasn’t at all. In fact it’s the kind of place I could imagine would be great Uni town.

I stayed at the Backstay Hostel, near the university which was clean and well organised and included buffet breakfast. The staff spoke great english and they take card payments. Further down the street are loads of bars and small clubs which were really lively when I arrived past midnight on the Friday.

To get to Ghent I took the Eurostar from St Pancras via Brussels.

One thought on “Ghent”